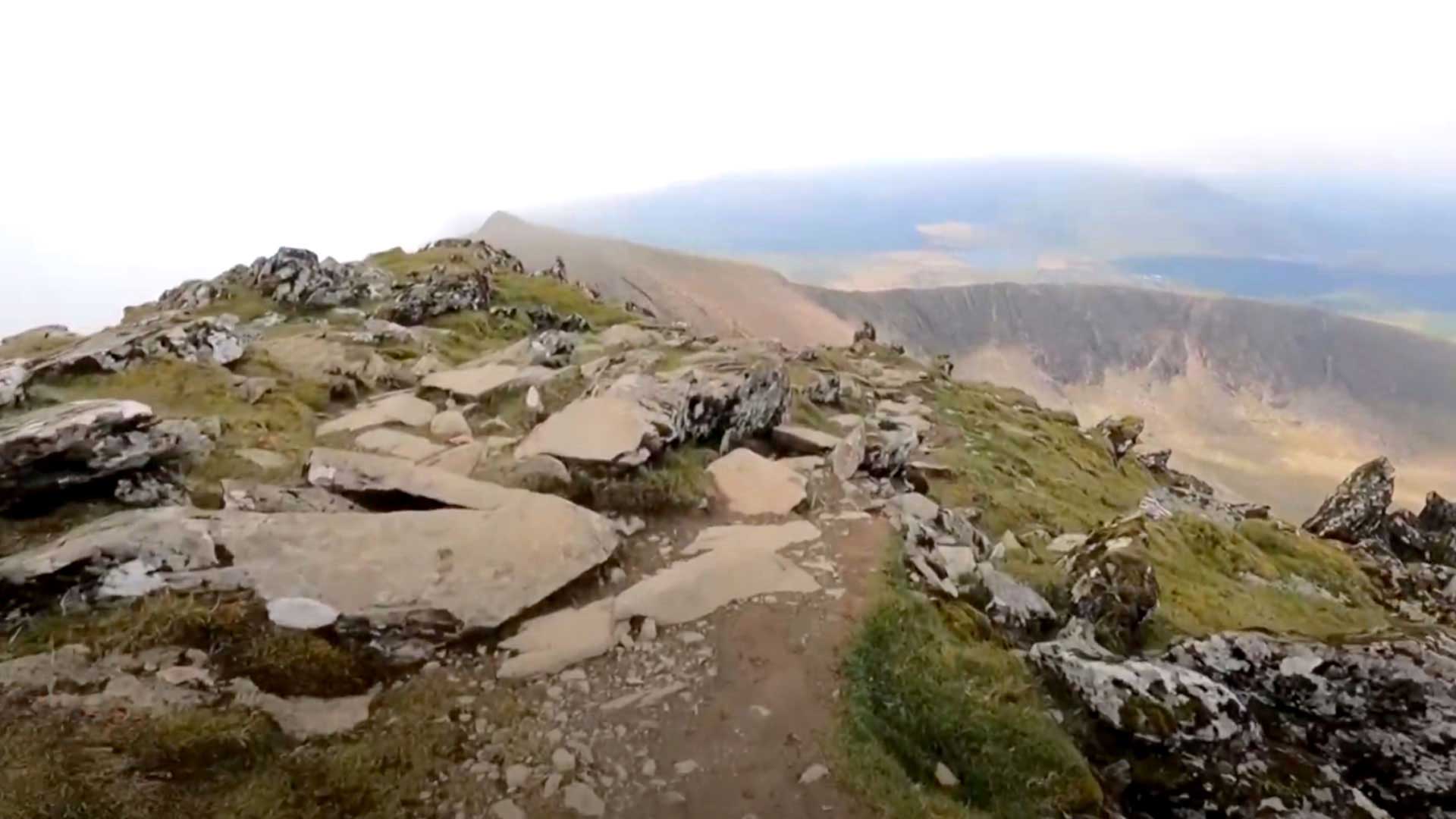 28 Sep Snowdon – the tallest mountain in all of Wales

My dad has always been a huge fan of long distance running and especially long trail runs in the mountains.

I however only picked up running properly over the last 3 or so years and I’m happy that I did. Apart from feeling that runners high after 10km’s of sucking gas and the epic views from around the Drakensberg mountains I’ve been able to experience, it meant that I get to spend quality time with my dad doing something that we’ve both come to love and get pretty good at too!

At the end of April my dad came to visit me in the UK after not seeing him for a year. We had both been training separately for a while and wanted to have an epic adventure while we were together. What better than running the highest mountain in Wales surrounded by beautiful, green, rolling hills! So after some basic planning of our routes up and down we decided to head out. Little did we know, we were in for one of the toughest climbs we’ve ever encountered but also the best descend down a mountain that we’ve had too.

Our route started at the Pen y pass car park. Our plan was to run up the Watkin Path and then back down the Rhyd Ddu Path to the car park. The start of the run was awesome, just a small gradient upwards weaving through the lush forest along the river, a good way to get the calves warm before the climb we were about to encounter. The route opened up above the Rhaeadr Ddu Waterfall and started getting a bit steeper. We carried on up. The trail was getting steeper, rockier, sheepier and the ominous Snowdon was standing tall in front of us. Not that we could see the top. We did forget that Wales is allergic to sunlight which meant the top of the mountain was covered in clouds. 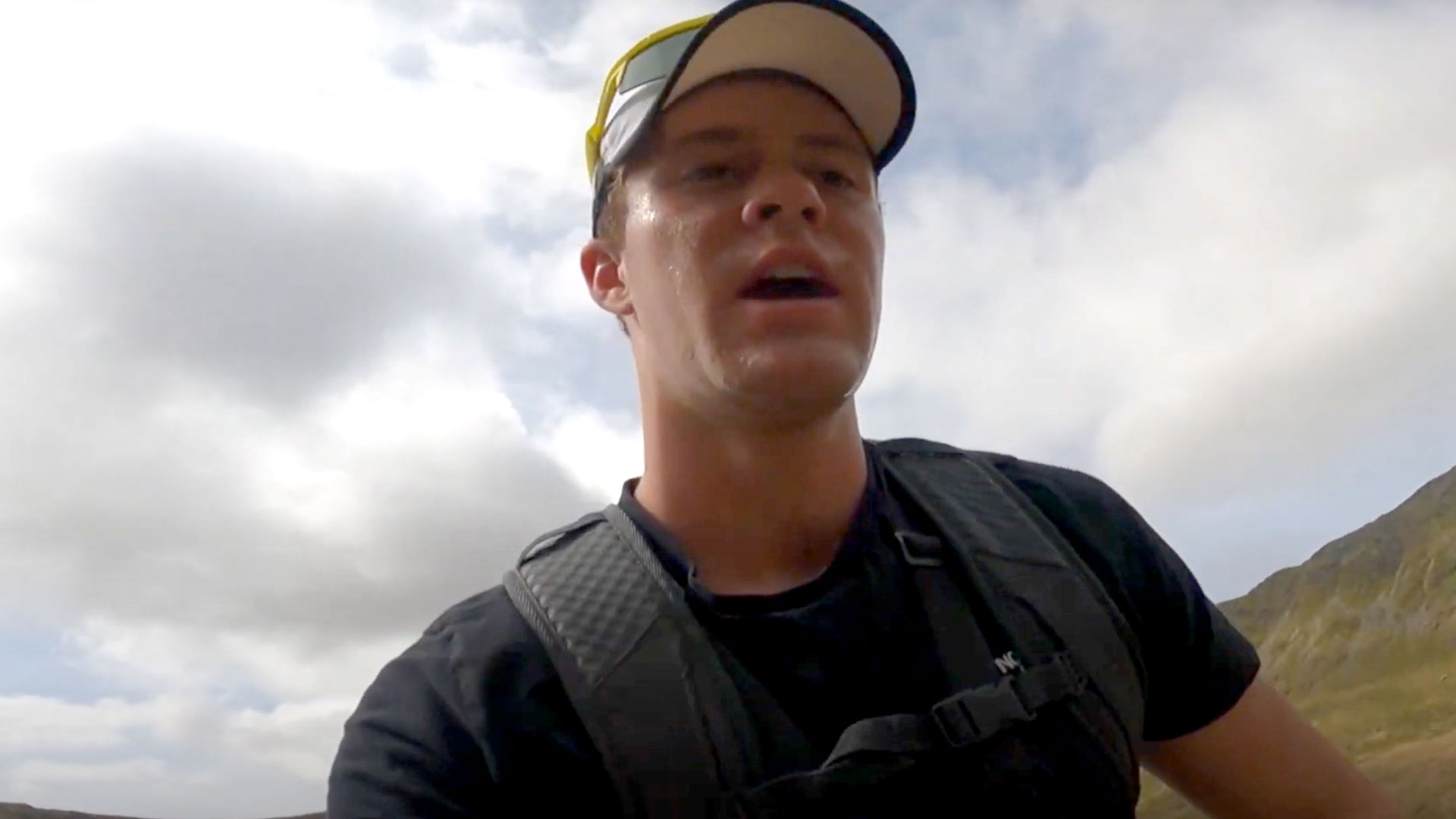 Moving swiftly along and many power hikes later (in the video this is where you see me dying) we made our way to the face of Snowdon. This is where the hardest part came into play. We were tired, quads were swollen and just to put the cherry on the top, the GoPro decided to pull it’s shenanigans again (fix this please, GoPro). The face of Snowdonis completely different to the previous parts we’d already run. Its steep, cloudy and full of loose slate that makes ascending a bit trickier. There wasn’t an obvious trail either so trailblazing was in order for us.

We finally reached the top and for about 10 minutes there were no clouds around so we could enjoy the view over the beautiful Welsh hills and farms that surrounded us. We noticed, at the top, that the easier, more popular trail started at Llanberis. Keep this in mind if you want to do Snowdon.

After enjoying the view we decided to make our way down before the clouds got too thick again. We set off down the Rhyd Ddu trail and had to make some alterations to get back to the car park where we started. I have to say, the way down was insane. It was fast, scenic, a little bit technical and just enough of a slope to keep you going without making you hit a speed wobble down the mountain. The trail was perfectly cut and followed the ridge all the way down the mountain until getting to the old mines. It was also really cool to see all the old stone ruins of the houses that have been there for years before.

In my opinion the best view from the run was from half way down Snowdon. It gave us an epic view of the bowl shape that Snowdon’s face makes as well as an overview of all the sheep, houses, old mines and other hikers and runners on the mountain. We made our way down and back to the car park where we found a slow flowing part of the river. We couldn’t resist and jumped into the icy water, a so called natural ice-bath. The best way to finish off our adventure. That and the pies and Guinness we found in a pub on the way home.

An awesome adventure and definitely the start of some bigger, higher, more crazy runs for us in the future.

Sorry, the comment form is closed at this time.